Review: ONEymoon (A Honeymoon For One)

Concluding a memorable excursion at the "by invitation" portion of this year's DivaFest, this author's final show was ONEymoon (A Honeymoon For One).

Co-written by the show's soul performer Christel Bartelse, ONEymoon opens with the wedding march. Cue the entrance of Caroline (Bartelse), who—acknowledging the crowd during her walk down the aisle—takes center stage for her "big day." The person she intends on marrying—as you may have inferred from the title—is herself, and it isn't long before jokes pertaining to this scenario emerge from the script.

Jetting off on her Caribbean honeymoon, we find Caroline, with a copy of Leo Tolstoy's Anna Karenina in hand, sipping cocktails as she eyes the potential "one-that-got-away" character of Roberto. Indeed, in an effort to ward off temptation, she reminds herself of the fact that she is already married, vowing to remain "faithful" to herself.

The show is peppered with comic one-liners and legitimately well-written (and expertly delivered) gags, which are often aimed just as much at the audience as any of the imagined characters on stage. Indeed, Bartelse's tireless endeavor into the world of audience participation is a consistent device throughout and serves the performer (and, indeed, the audience) extremely well. One such occasion sees two men—handpicked from the audience—take to the stage to play the parts of her dad and ex-boyfriend. Such moments, which had the potential to fall flat, play through seamlessly.

After a number of song and dance numbers, including an appropriate—if "drunken"—rendition of I Touch Myself, we arrive at the show's climax, which sees a pathos-filled confession regarding the character's fear of commitment and of growing old alone. Here, the character's human side becomes strongly solidified and the play, having gone back and forth between Caroline at the wedding and Caroline on her honeymoon, concludes with her throwing a bouquet into the audience while back at the former.

An extremely well-written comedy, ONEymoon is a delight from its matrimonial opening to its poignant conclusion, delivering an abundance of comic moments throughout. Hardly surprising, when you consider that Bartelse herself graduated from Chicago's Second City, an enterprise that gave birth to the likes of Tina Fey, Jane Lynch and Amy Sedaris. On this evidence, Bartelse would not look out of place next to these.

Continuing my round-up of the "by invitation" shows at this year's DivaFest, the next play up for review was Funny, A Trunk Show—the story of an Egyptian man and his torrid struggle to renew his passport with the U.S. Bureau of Citizenship and Immigration Services.

Following the utterly gripping Commencement, Funny, A Trunk Show had a virtually unattainable standard to live up to, but given this author's own encounters with U.S. immigration services, I was intrigued to see where Denmo Ibrahim—star and creator of the show —would take her (yes, HER!) character and, more importantly, the story itself.

Standing in line, with suitcase in hand, Mohammed Hosni (or "Mo" to his friends) sets the scene immediately with what would essentially remain a 45-minute monologue—treating the audience to some well-timed humor ("they might at least put in a fan"). But as the opening fifteen minutes play out, not even the highly convincing performance of a fat-suited and mustachioed Ibrahim can disguise the lacklustre directing, an issue that was duly outlined by the lack of pacing during the initial moments of Mo's journey.

This aside, however, the play did offer some finely crafted audience interaction. Indeed, it was only once the play veered away from its attempts to be laugh-out-loud funny that it finally began to excel. As we come to discover more of Mo's familial history and the struggles he has had to endure on his way to gaining citizenship, we develop a sense of compassion for the character, whose satirical, almost sarcastic quips against government bureaucracy ring true.

Despite a somewhat muddled ending, Funny, A Trunk Show was an enjoyable start to what is set to become a trilogy of plays (created by A Denmo Project), while props must go to Ms. Ibrahim, whose stylish and authentic performance was enough to make the audience forget that the plump, 40-something Mohammed was in fact a slim-build actress in her early 30s.
Laurence Brown at Tuesday, March 29, 2011 No comments:

It's that time of year again, as IndyFringe celebrates the works of female playwrights for DivaFest. The first installment, which kicked off in earnest this past Friday, was propped up by three very different shows, whose performers, writers, and production teams had traveled far and wide to perform here in Indianapolis.

The first piece on this author's roster was Commencement—a show that was, in fact, penned by male writer and New York City resident Clay McLeod Chapman, and one that boasted a performance of epic proportions from its female star, Hannah Cheek.

Beginning the story, which explores three womens' individual reactions to a mass school shooting, Cheek immediately invites the audience into this sixty-minute journey with some neatly controlled—and borderline frantic—stage business. Coupling this with the grim and often darkly comic exposition, the character, who we soon discover to be the mother of the shooter himself, draws the audience into a realm of thinking seldom explored by the mainstream media in the wake of these all too familiar tragedies. The sense of anguish created by Cheek in this initial scene is such that we almost feel sympathy for the shooter.

As the story begins to unravel and Cheek's other characters—who she portrays with a degree of versatility some of Broadway's finest would be proud of—come into play, the audience is treated to a tense, deliberate and energized piece of theater, which remains incredibly powerful from its enigmatic opening right through to its rousing and heart-wrenching climax. A work of stunning endeavor, simplicity and structure, Chapman's fine script truly deserves the recognition it has received, while Cheek bears all the hallmarks of a future Tony Award winner.

Commencement was not only a truly wonderful way to initiate my DivaFest fix, but also a terrific and timely reminder that the power to both provoke and challenge an audience is still very much alive in modern theater.
Laurence Brown at Sunday, March 27, 2011 No comments:

Back in the UK there exists a bullish viewpoint that Americans "don't know anything about football" and that, because they didn't invent the sport, they show very little interest in it. With equal fervour, whenever the subject comes up, your average British football fanatic will passionately defend his right to call the sport by its widely used name, while admonishing Americans for trying to label it "soccer." Explaining to a Brit that "soccer" derives from the word "Association" (as in Association Football) and that it originated in England itself is often a dizzying experience.

But the truth is, whatever you call it, American interest in the sport is growing - at least here in Indiana.

Divided by a common language (cartoon)

Laurence is a British expat living in Indianapolis, Indiana. He is a contributor for BBC America and has written for Anglotopia. In addition to his expatriate musings, Laurence is a keen composer of orchestral music. For more information on Laurence's compositions, follow him on SoundCloud.
Laurence Brown at Tuesday, March 08, 2011 5 comments: 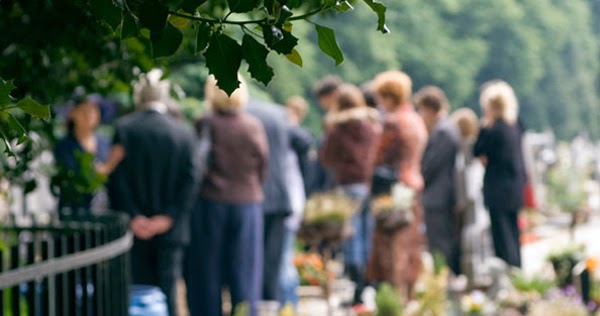 Hailing from a country that thrust the Victorian age upon an unsuspecting world almost 200 years ago, I am quite used to the notion of morbidity.

Indeed, I remember some years ago (before moving to the United States) stumbling upon a selection of 19th century photographs. They depicted a family sitting on their lovely Victorian furniture. Nobody was smiling, but then no one did in photographs back then, and the family looked, well, just like any other family. That is, until I discovered that the baby—seated in his or her mother's lap—had died two days before the photo shoot. The family dinner must have been a gas that night.

The imprint of these moribund black and whites remained in my head for quite some time. That said, I was deeply relieved that practices such as this were consigned to the 19th Century. Quite a naive belief, it turns out.

Here in America, a tradition persists that frankly sends chills up and down this writer's spine. Indeed, it is a tradition that might as well have broken my spine, such was the numbness I felt immediately after bearing witness to it.

I'm talking about the open casket funeral; the practice of displaying a recently deceased relative or loved one inside a funeral home (or, indeed, your own home!) for all to see.

Every time the subject of 'Americans' comes up around the British dinner table, invariably the conversation suddenly becomes laden with judgement, national stereotyping and, dare I say it, light-hearted disapproval. Accusations that "Americans are loud" are frequently made (often with equal loudness) by those drunkards down at the pub, while many who insist that "Americans are ignorant" have, themselves, never actually interacted with one first hand.

I'm generalising, of course, but these generalisations are based on my own experiences, having socialised and worked with many individuals who tend to be quite partial to the aforementioned assertions. 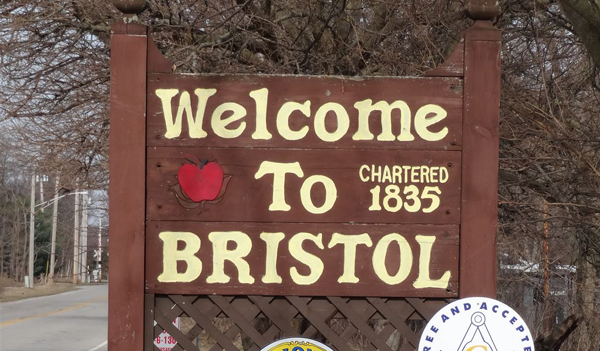 Driving through the Indiana countryside, those with a basic grasp of British geography could be forgiven for thinking that either they were on some adventure through the greens of New England or that they were quite literally negotiating the roads of England itself. Whether you're stopping off in Plymouth or passing through Oxford, there is seemingly no end to the number of places that share their name with famous English cities and towns. Here's 10 to get you started:

It is a well known fact that key differences exist between British English (or, as I like to call it, Bringlish) and American English (Ameringlish). Anyone who has a little understanding of the linguistic divide that separates the two nations will recognise/recognize common variants in word-spelling, such as 'colour' (as opposed to 'color') or 'theatre' (as opposed to 'theater').

However, as an Englishman who has lived in the United States for over two years, I have become increasingly aware of a cluster of lesser known differences in not only spelling, but also pronunciation. The following is a partial list of spelling variants, with the British spelling being followed by the American spelling.