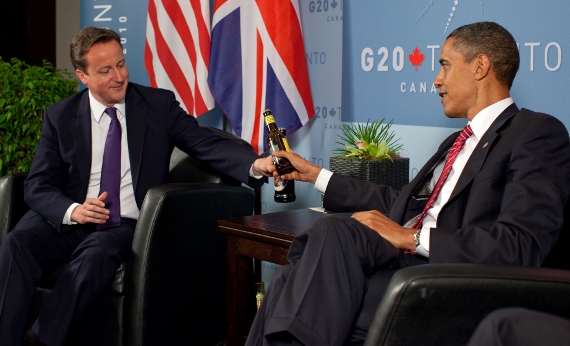 Today, British Prime Minister David Cameron meets with President Obama to discuss the ongoing conflict in Syria. Lost In The Pond looks back on the last 100 years of the two nations' special relationship, with this list of 5 famous Anglo-American political relationships. 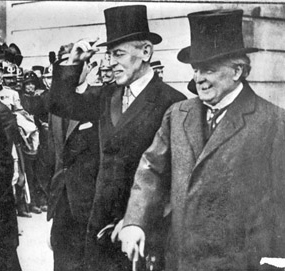 Indeed, it has been argued that these decisions ultimately led to World War II some twenty years later, as Hitler's Germany sought to distance itself from the League of Nations and stop paying the reparations laid out in the Treaty of Versailles.

Along with France's Clemenceau, Lloyd George and Wilson were part of the so-called "big three", who presided over the discontinuation of the Great War in Europe and each openly professed admiration of the other. 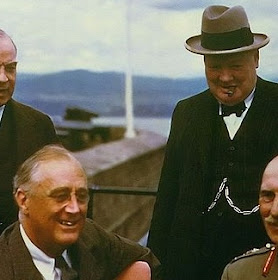 Forming a mutual friendship that would last until FDR's death in 1945, the two iconic 20th Century leaders met 9 times during the course of the war.

Years later, Churchill once remarked: "I felt I was in contact with a very great man, who was also a warm-hearted friend, and the foremost champion of the high causes which we served." 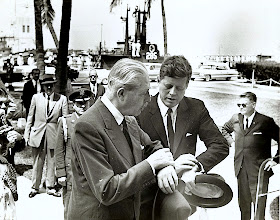 3. Harold MacMillan and JFK
It has often been said that these two men - one, an Eton-educated conservative, the other, a liberal-leaning Irish-American - formed perhaps the most genuine Anglo-American friendship of any of their predecessors.

Ironing over the creases of the Suez crisis, Harold McMillan and John F. Kennedy became so close that a direct line from the White House was installed at 10 Downing Street. Indeed, during the Cuban Missile Crisis of 1962, the two leaders conversed on multiple occasions via telephone and remained good friends until Kennedy's assassination a year later.

Macmillan on both Eisenhower and Kennedy: “I was a sort of son to Ike, and it was the other way round with Kennedy.” 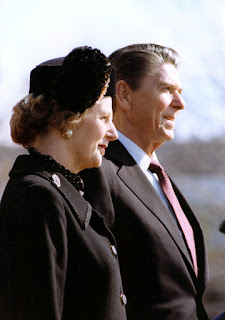 4. Margaret Thatcher and Ronald Reagan
As rulers of Great Britain and The United States throughout the 1980s, Margaret Thatcher and Ronald Reagan bore numerous political similarities: both leaders were conservatives; each struggled with high unemployment rates in his or her first term; both favoured state deregulation; both strongly opposed the communists; both continue to divide opinion polls to this day.

But whether or not you approve of the job they did, few could deny that Thatcher and Reagan helped to further the so-called special relationship between Great Britain and The United States.

Eulogizing President Reagan in 2004, Thatcher said: "above all, I knew that I was talking to someone who instinctively felt and thought as I did." 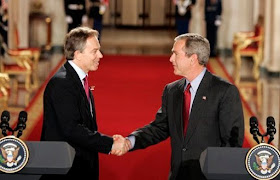 5.Tony Blair and George W. Bush
As two of the most divisive leaders in recent times, Prime Minister Tony Blair and President George W. Bush will forever be associated with the controversial invasion of the Middle East, now generally regarded on both sides of The Pond as a foreign policy mistake.

Sharing a mutual respect for one another, however, the two have always insisted that waging war on Iraq and Afghanistan in the aftermath of the September 11 Attacks was "the right thing to do."