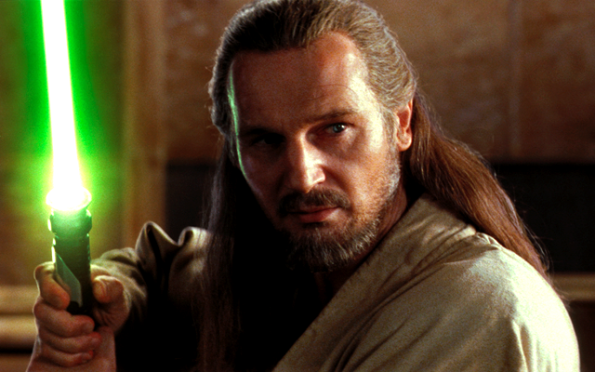 Even though the Star Wars saga bears all the hallmarks of an American film franchise - explosions, an all-encompassing musical score and, well, the fact that it was distributed by a 20th Century Fox - the films employ a surprising number of actors from the United Kingdom. And we're not just talking about bit-part roles. British actors made up some of the most important characters in the entire franchise. Here are just 10 (there are many more) major Star Wars characters that were portrayed by actors from the UK.

1. Obi-Wan Kenobi
Portrayed by Sir Alec Guinness and later Ewan McGregor, Obi-Wan Kenobi has - to date - appeared in all of the main Star Wars movies in the saga. Guinness himself was not a fan of the movies, once advising a child fan to never watch Star Wars again, while McGregor has hinted that he might be open to an appearance in the Disney produced Episode VII.

2. Grand Moff Tarkin
Commander of the Death Star, Grand Moff Tarkin was portrayed with typical aplomb by British horror legend Peter Cushing in Episode IV. Uncomfortable in the boots given to him by the costume department, Cushing played the role in his slippers, being filmed above the knees or behind parts of the set.

3. Darth Vader
While American stage actor James Earl Jones famously provided the voice of Darth Vader in four of the Star Wars films, British body builder David Prowse was the man inside the suit (for Episodes IV, V and VI that is). In recent years, Prowse has fallen out with Star Wars creator George Lucas, after the latter accused the former of "burning too many bridges."

4. Yoda
Though it might be contested that Yoda, if anything, bears an American accent, his voice and puppeteer Frank Oz - who is also famous for his work on Sesame Street and The Muppets - was actually born in Hereford, England. He moved to Oakland, California when he was 5 years old.

5. Qui-Gon Jinn
After garnering high praise for his performance in Steven Spielberg's Schindler's List, Liam Neeson - a native of Ballymena, Northern Ireland - was cast in the much derided Episode I: The Phantom Menace as Qui-Gon Jinn. Though the film received mostly negative reviews, Neeson emerged - in many peoples' eyes - as one of the film's saving graces.

6. Darth Maul
Voiced by British comedian and voice artist Peter Serafinowicz, Darth Maul was physically portrayed in The Phantom Menace by stuntman Ray Park, who was born in Glasgow, Scotland and relocated to London when he was young. Park would later play Toad in X-Men, while Serafinowicz went on to parody his Darth Maul voice work as Duane Benzie in the hit comedy series Spaced.

7. Emperor/Senator Palpatine
Featured in Episodes I, II, III, VI and, retroactively in Episode V, Palpatine was portrayed by Scottish stage actor, Ian McDiarmid. While his role in the original trilogy was relatively brief, McDiarmid more than made up for it in the new trilogy, receiving high praise for his performances in an otherwise poorly received trilogy.

8. C3P0
Along with Kenny Baker, British actor Anthony Daniels - from Salisbury, England - is the only person to be credited with an appearance in all 6 of the live action Star Wars films. Though he and Baker - the dwarf actor inside R2D2 - have formed one of the most well known on-screen partnerships in cinematic history, the two share an icy relationship off camera.

9. R2D2
Indeed, having been born in Birmingham, England, Kenny Baker himself makes it onto the list. As the man inside R2D2, Baker technically featured in all 6 movies, though a large portion of his scenes in Revenge Of The Sith used a CGI version of the droid. Baker also teamed up with George Lucas in the film Willow.

10. Chewbacca
The "big walking carpet" was portrayed by arguably the tallest actor of the entire saga - Peter Mayhew. Born in London, Mayhew stood at 7 feet and 3 inches and though his character did not receive his medal at the end of A New Hope, he is technically credited with the film's final line, which was more or less along the lines of: "wwwrrrrggggghhhhh!"