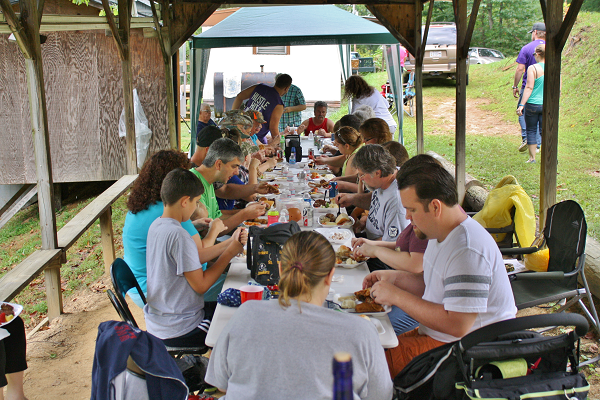 This past Labor Day weekend, I was fortunate enough to enjoy a three-day weekend in the hills of West Virginia. Anyone who has visited the winding, sloping terrain of Appalachia, will tell you that there are few places more majestic. There are a number of reasons for this deserved praise: the plush green mountains that roll on for hundreds of miles; the lakes and rivers that seem to spring from nowhere; the roads that move in an apparent circle, while simultaneously bending in every direction.

It’s only when you stop, however, and interact with the West Virginian people that you realize there is something more to this place than its pastoral scenery.

Though West Virginia is geographically nearer to Canada than to Florida, the state - located just beneath the Mason-Dixon Line - is considered southern and is, as such, marked by what is known in the U.S. as southern hospitality - that is, an overtly warm and generous approach to others.

The primary purpose of my trip was to drop in on an annual family reunion, organized and attended by various members of my wife’s extended family. Let it be said that these people know the definition of southern hospitality.

Every year, a bountiful feast is laid out for the forty-or-so people in attendance. The mood is cheery, the company lively and the food a plentiful combination of meats, potatoes, vegetables, fruits and desserts. Every interaction is a polite one, often accompanied by tag phrases such as “yes, sir/ma’am” and “thank you much.”

Even given this altruistic sense of welcoming, though, you could be forgiven for thinking that, as the only British person in attendance, I might have felt alienated at such an event. On the contrary, I have discovered that southern hospitality has a certain amount in common with so-called British properness.

Linguistically, both involve politeness forms designed specifically to negate any sense of burden on the recipient. In other words, people will tell you to get comfortable while he or she brings you a slice of cake.

Moreover, the perceived etiquette of both the British and the American south is steeped in hundreds of years of tradition. The first literary reference to southern hospitality dates back almost 180 years, while British politeness likely goes back hundreds of years further.

In sharp contrast, however, the generalized view of Americans - southern or otherwise - is that they are more open as a people and are more likely to utilize public displays of affection. While hugging can certainly be a feature of British get-togethers, it is not as prevalent as it is over here.

Neither, too, is the idea of saying “hello” to a complete stranger as you pass each other on the sidewalk. One of the refreshing things about my visit to West Virginia was that residents - whether they knew you or not - were extremely welcoming.

Indeed, as we made our way home through the states of not just West Virginia, but Virginia and Kentucky, one image stands out to me above all others: as we approached yet another winding turn, a local man, with whom we had no acquaintance, was occupying the near side of the road. He was apparently just taking a walk through what was presumably his neighborhood, a wide smile upon his face. As we got closer and the sound of our engine caught his attention, the man broadened his smile further, held up his right hand and waved. That, right there, is southern hospitality.