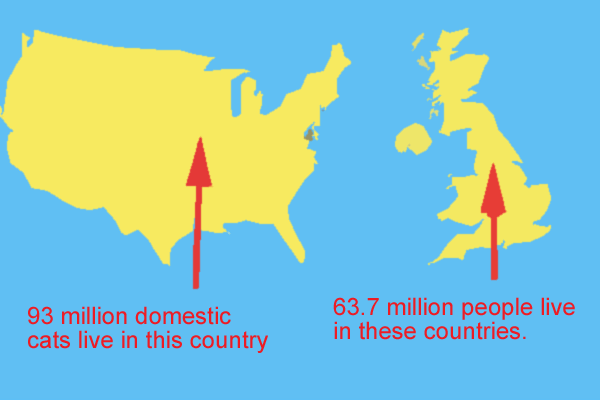 As of 2012, the population of the UK stood at roughly 63,705,000, compared to the United States, which consisted of about 318,059,000 people in 2013. I thought it would be interesting to show various UK populations (both past and present) in relation to a selection of U.S. demographics (again, historical and present day). And so, here are 10 amazing facts that show the UK's population in an American context.

1. The UK's entire population is lower than the U.S.'s catholic population.

2. The UK's entire population is also lower than the total population of the U.S., circa 1895.

3. There are about as many people living in the UK as there are in the two states highlighted on this map combined. 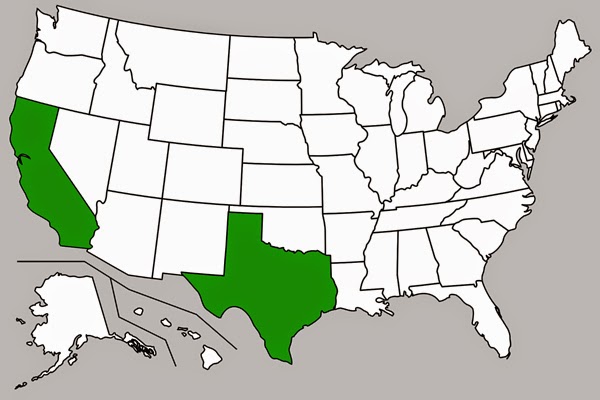 4. On the other hand, there are more people living in the UK than in all the states highlighted on this map combined. 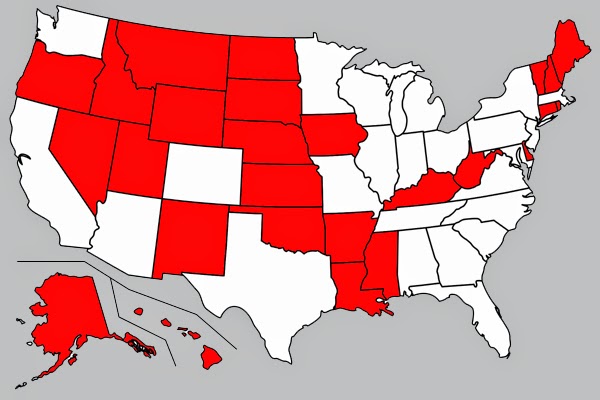 5. There are almost 30 million more domestic cats in the United States than there are people in the UK.

6. Meanwhile, there are an estimated 9,630,000 millionaires in the U.S.—a number that is more than a million higher than the total city population of London.

7. On the other hand, the U.S. Census Bureau found in 2010 that around 45 million Americans are living in poverty—a number equivalent to 85% of the population of England.

9. The combined population of Scotland, Wales and Northern Ireland is approximately 10,169,319—almost half the population of the New York metropolitan area (New York-Newark-Jersey City).

10. The UK crams considerably more people into its land area, however. Its population density is approximately 679 people per square-mile. In the U.S., this figure is just 84.

This article was written by Laurence Brown. Laurence is a British expat living in Indianapolis, Indiana. He is a contributor for BBC America and has written for Anglotopia. He is Editor-in-chief of Lost in the Pond and loves nothing more than to share these articles with anglophiles, expats, and other interested parties on social media. Follow Lost in the Pond on Facebook, Twitter and Google+.
Laurence Brown at Tuesday, May 20, 2014