8 Differences Between UK vs USA School Terms and Practices 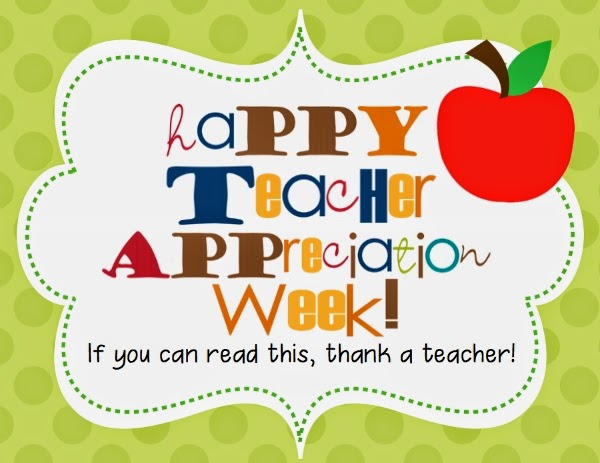 This week in the USA it is ‘Teacher Appreciation Week’. When I received this note from my son’s elementary school, along with a long list of things we had to do to show our appreciation for the teachers, including giving flowers and food, I was a bit taken aback. It’s not really in our British nature to be overly-giving in this way (although I think there is a ‘Teacher Appreciation Day’ in the UK.) A mumbled ‘thank you’, a nod of appreciation and a firm handshake at the end of term might suffice, as far as some of us are concerned.

A British friend noted that perhaps it would be more pertinent to ‘to visit [the teacher] in 10 years’ time when you'll find out whether or not it all worked…’.

This got me to thinking about the differences between British and American schools. This list is by no means comprehensive, and it’s all very tongue in cheek, of course!

1.    Rubber/Eraser
Yes, it has been known for British kids to get a stern word from American teachers when they make a mistake and ask their friends for a ‘rubber’. My son’s class is at an age when this request doesn’t yet cause everyone to collapse into hysteria. It will happen soon, though.

3.    School Buses vs Public Transport
The school buses are a truly iconic image here in the USA and the older kids in school have to get up at 5:45 to catch them. Yep, school starts at silly o’clock in the morning here for them and they finish early because of it. Sure, some kids still walk and drag their backpacks laden down with books and snacks along the sidewalk, along with their heels, and I’ve seen this in the UK too. But many kids in the UK have to catch the regular bus from a regular bus stop still. I still have my breath taken away sometimes by the 17-years-olds here in the USA who are driving their top-down Mercedes into school. Part of me wants to shout ‘stop thief’, because in the UK that would probably be the case.

4.    No School Uniform vs School Uniform
This gets complicated. At ‘public’ schools in the USA the kids don’t wear school uniform, but they do in ‘private’ schools. In the UK the kids in ‘private’, ‘public’ and ‘state’ schools all wear school uniform, unless you’re at trendy Bedales, where all the celebrity kids go, and then you can wear whatever you want, as long as it was bought in the King’s Road. I love seeing the kids in the USA showcase their place in society and their cultural influences by what they’re wearing. The Goths, the cheerleaders, the Jocks, the indie kids, the geeks. Bless ‘em all! But there is something to be said about school uniform (I can’t believe I am saying this!) because there can be quite a lot of pressure on kids who have to wear their own clothes every day.

5.    Recess vs Breaktime
‘Yeah, it’s breaktime!’ we would shout in the UK, and, ‘For real, it’s recess time!’ they shout in the USA. Sure, it’s the same thing, but here they play basketball instead of soccer, and I doubt very much that they play British Bulldog (which is sadly now banned in most schools in the UK).

6.    Bathroom Break vs Loo Break
My son found asking ‘to go potty’ a bit difficult in Pre-K. He has now succumbed to asking to go to the ‘bathroom’ instead, because, he says ‘they didn’t know what I was saying when I asked to nip to the loo.’

7.    Cubby vs The Peg
In the UK primary schools there is one peg for coats, hats and PE kit bags, and everything falls off onto the floor. Then in the classroom they have a tray under their desk for their book bags and a tray at the side of the room for their work books. In my son’s USA Kindergarten class they have a ‘cubby’ and everything goes in there. Genius.

8.    Graduation Ceremony vs Going to the Pub
Graduation is the final frontier before college in the USA schools. It’s a big deal and probably costs a bloody fortune! My British friends here in the States said they were given a massive catalogue full of ‘expensive tat’ to buy in order to celebrate graduation, but they bought nothing. The graduation ceremonies are filled with hats and gowns and proud, sobbing parents at the close of the senior year, but in reality the kids’ ‘graduations’ are celebrated every year from Pre-K, which knocked me for six a bit last year. I thought I was going to have to shell out for a pint-sized mortar board and Harry Potter cape for my son to wear. As far as I remember, for our final day of school in the UK, we signed each other’s shirts and got pissed at the pub. Because we could (legally!).

About the author: I'm Claire and I'm a British housewife writing about American bits and bobs. I'velived in Columbia, Maryland for 18 months and I like to write about all the things that confuse, amuse and bemuse me about being in the USA. I like to observe and compare our quirky traits, personalities and oddities because there are many and they are endlessly fascinating. From breaking into mailboxes, to choosing the Spanish option at the checkouts; from polarised poverty and wealth, to getting my head round guns and the glamour of politics; from my mission to crush stink bugs, to the American obsession with pulled pork; and from the wonder that is the PTA, to American attitudes to nudity - I write about it all! You can find my blog at www.ukdesperatehousewifeusa.com